Illustrations I created for a behind-the-scenes featurette on the Blu-ray of Lucasfilm’s Solo: A Star Wars Story. The nostalgic, retro-themed piece entitled Kasdan on Kasdan follows father and son screenwriters Lawrence and Jonathan Kasdan on their collaboration to create young Han Solo and his story.

I was asked to create 3 illustrations to support the piece, one of Han Solo himself, one of the writers at work, and another featuring both Han and Chewbacca looking up at the Falcon.

This was a dream come true project and I feel incredibly honored to have been involved in bringing one of my all-time favorite film characters to life using my own personal style. Check out the behind-the-scenes on the Solo Blu-ray if you want to dive into the set of the movie, learn about the writers, and also view my illustrations in context.

You can watch snippets & clips here. 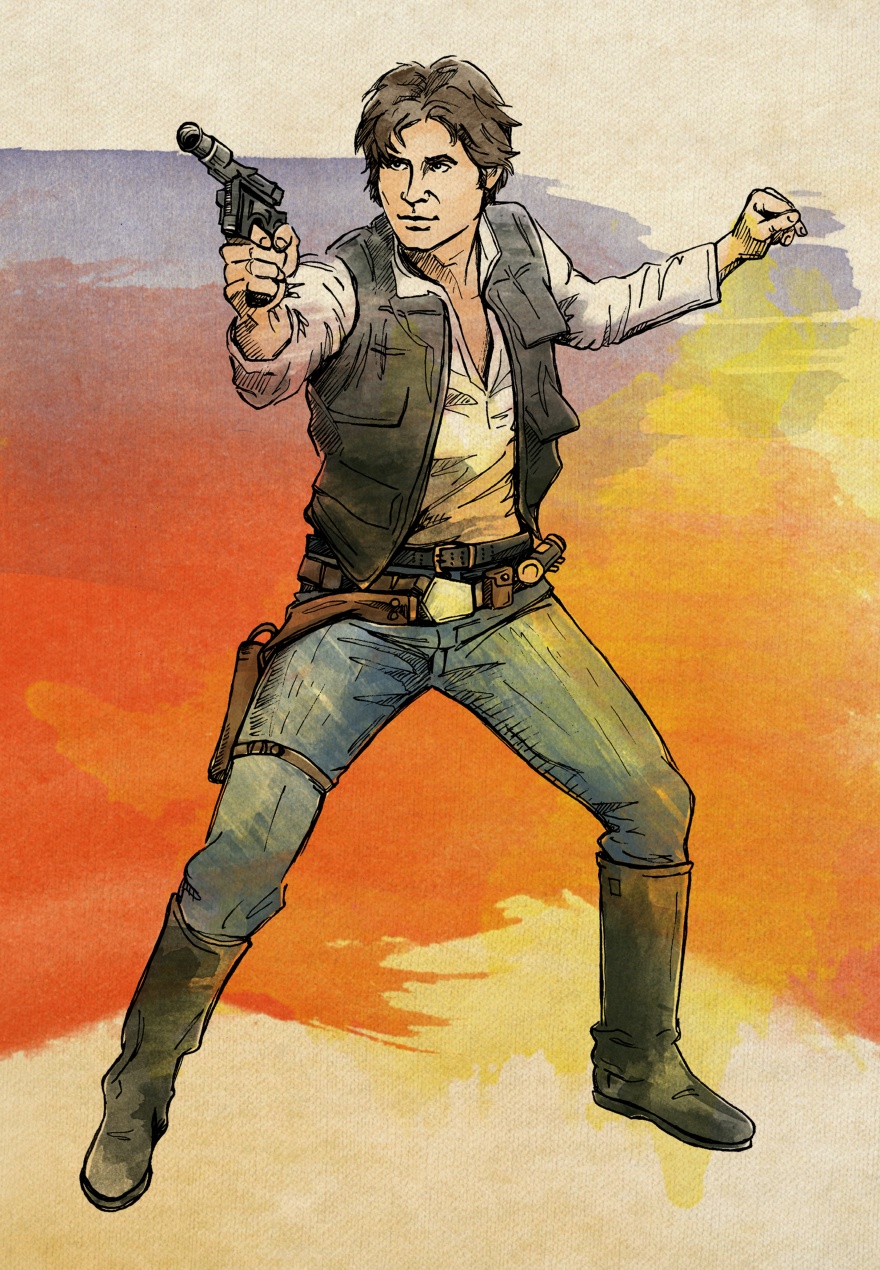 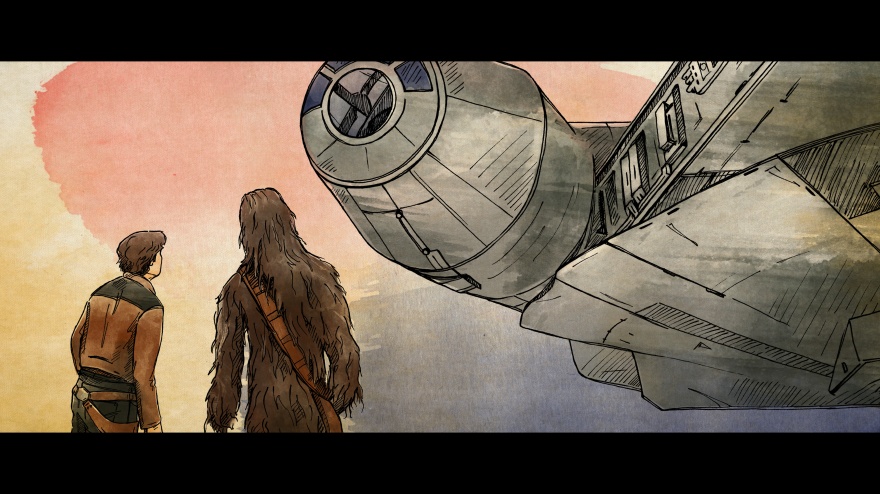